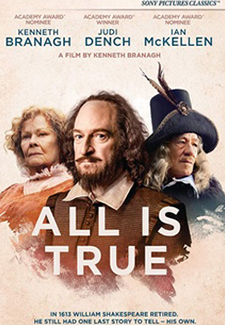 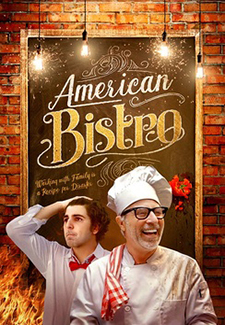 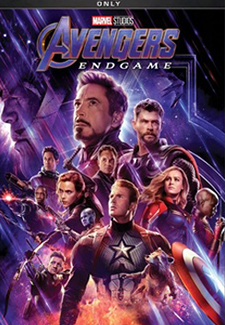 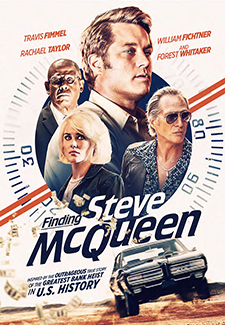 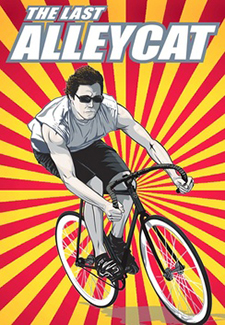 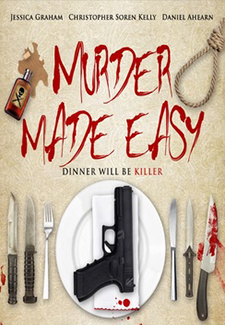 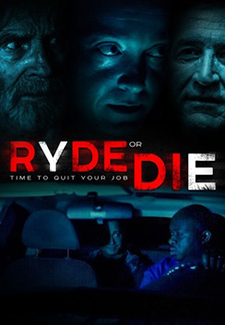 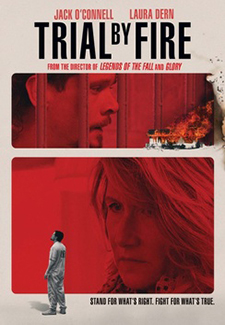 In 1613 Shakespeare faces disaster when his renowned Globe Theatre burns to the ground, and he returns to Stratford to face a troubled past and a neglected family.

The hilarious hard-charging Seattle detectives from Stakeout (1987) are back, this time forced to go undercover with an inexperienced Assistant D.A. (Rosie O’Donnell).

A cuckolded accountant and his depressed nephew reconnect and save one another by opening a restaurant in Los Angeles.

After the devastating events of Infinity War, the Avengers assemble once more in order to reverse Thanos’ actions and restore balance to the universe.

The ghosts of three tycoons killed in an airplane crash play Cupid for a couple on Christmas Eve, then guide them from the hereafter.

From the Master of Suspense, Alfred Hitchcock’s first full-length feature, a thriller about a woman fighting off a sleazy blackmailer.

Welcome to a world of mystery and legend, from the great civilizations of antiquity we will discover the amazing works of architecture and art, and a world of wonder that remains at times an enigma.

In 1972, a gang of thieves attempt to steal $30 million in illegal contributions and blackmail money from President Richard Nixon’s secret fund.

Film based on author and film scholar Donald Richie’s 1971 poetic travelogue about his explorations of the islands of Japans Inland Sea.

When her father goes missing, 13-year-old Lili uses a spiritual ritual to find him but she gets it wrong and her life turns into a nightmare.

A disillusioned fixed-gear cyclist competes in a grueling 80-mile race to renew his spirit.

A gifted and discerning art thief is drawn to an aspiring actress whose mounting debt and past transgressions in Hollywood haunt her.

Best pals Joan and Michael invite their dearest friends over for a cordial dinner where dark secrets are revealed and murder is definitely on the menu.

Notes on an Appearance (NR) Drama

The Other Side of Everything (NR) Documentary

For Serbian filmmaker Mila Turajlic, a locked door in her mother’s apartment in Belgrade provides the gateway to both her remarkable family history and her country’s tumultuous political inheritance.

As Professor James Murray begins compiling words for the first edition of the Oxford English Dictionary, he receives over 10,000 entries from a patient at a lunatic asylum.

After a spell in the U.S.A., master criminal Henri Ferr dit Le Nantais returns to Paris and is recruited to oversee and improve the efficiency of their distribution.

The United States is home to a highway that has captured imaginations for nearly a century, a mythical route part of American folklore, even of the great American dream: Route 66!

An Uber driver experiences a night of terror after picking up a sadistic killer who forces him to participate in a series of violent and twisted road games.

In Pei, a kingdom ruled by a young and unpredictable king, the military commander faces peril both inside and outside the palace walls.

A disillusioned suburban California couple decides to plan their own dark version of the American Dream.

An aging, world-weary gangster is double-crossed and forced out of retirement when his best friend is kidnapped and their stash of eight stolen gold bars demanded as ransom.

True-life Texas story of the unlikely bond between an imprisoned death row inmate a mother of two from Houston.

Abby Johnson, one of the youngest Planned Parenthood clinic directors in the nation, witnesses something that makes her rethink her position about women’s reproductive choices.

In 1975, a group of small time criminals attempt to pull off the biggest heist in American history; stealing over $30 million from the Mafia.

When Calls the Heart: Heart of a Mountie (NR) Hallmark/Romance

A new Mountie arrives earlier than expected, Bill and Nathan jump right to work when Lee’s payroll is stolen and Carson and Faith try to keep their romance a secret.